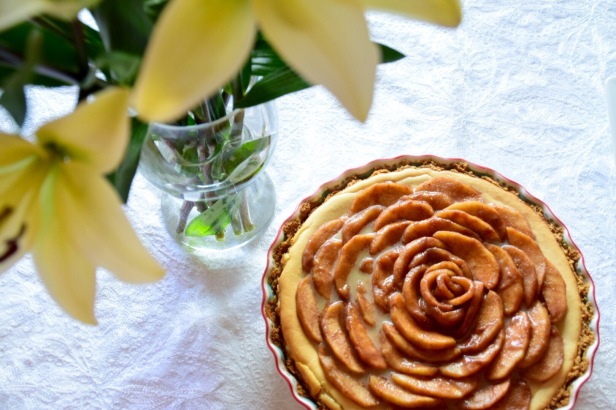 Being that I’m working Christmas this year, my mom was kind enough to do most of the cooking and baking this Thanksgiving. Knowing that I wouldn’t be in the kitchen all day allowed me to be super relaxed and visit with as many family members as possible. However, knowing that I couldn’t show up completely empty-handed, I wanted to create a really special dessert.

While pumpkin pie and applie pie are quintessential Thanksgiving desserts, family members have already claimed them as their signature dishes. Thus, I wanted to bring something that we all know and love, but that isn’t part of our usual spread – cheesecake. Wanting to use the apple cider that I had on hand, I soon envisioned an apple cider cheesecake. Of course, I didn’t stop there and threw salted caramel and baked apples into the mix.

Well, given the reactions of my family – especially my little brother – I’d say it was a hit. As expected, the flavors complemented each other extremely well. The salted caramel kept it from being overwhelmingly sweet, and the cheesecake itself was perfectly dense. In my humble opinion, this is the ultimate fall cheesecake and is certainly a dessert to impress.

Note: The salted caramel recipe yields 2 cups, or enough to fill a pint jar. For the purposes of this recipe, you’ll need only 1 cup, but trust me, you’ll want extra. Both the salted caramel and the baked apples can be prepped up to 2 days in advance and should be stored in the refrigerator until ready for use. The cheesecake can be assembled several hours prior to being served, but it should be stored in the refrigerator until just prior to serving. 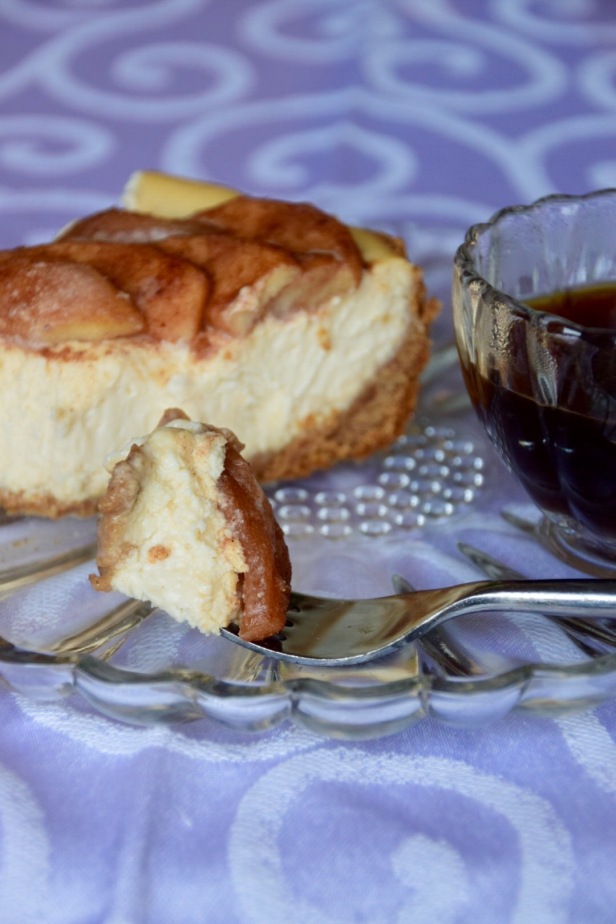 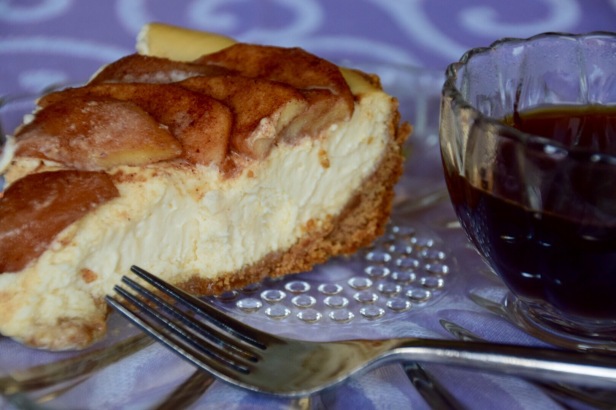 🍤 on the barbie...live for days like today #grillinandchillin #sundayfunday
Happy birthday to my lovebug! Having you on my quaranteam and celebrating so many milestones with you over the past year has been such a blessing. Love love love you! 💚🍀
Excuse me while I quench my thirst 🌞
B🍄L🥬A🥑T🍅 wrap with portobello “bacon”
2020 is weird and not seeing your extended family over the holiday season stinks. Since I’ve always been drawn to the Feast of the Seven Fishes tradition, I figured this year of all years was the one to make my quirky lil version happen. Plus chocolate fondue because...YUM. Hope you and yours have found fun ways to make this funky holiday season a little brighter. Merry Christmas to all and to all a good night! 🎄✨❤️
when your mum lets you borrow her bestie for the weekend 🤍🥺 #pippenbear #puppylove
Yesterday didn’t feel real. Today, I feel a sense of tranquility that I haven’t felt in a long time. So proud of the Philadelphians and everyone else who chose unity and progress over chaos and oppression. The work continues, but hope has been restored. 💙🇺🇸 #bidenharris2020 #blacklivesmatter #loveislove #abolishICE #scienceisreal #kindnessmatters
Not having my annual Halloween party on a fall back, full moon Saturday was a real bummer, but laying low with the fam and receiving the sweetest messages from afar was a close second. Here’s to taking care of each other, loving a little harder, and voting that mofo out. ✌🏼🎃👻 #quarantinebirthday
This time last week, Chris and I surprised our mama with a 60th birthday getaway. It wasn’t the big party we initially envisioned, but I think it’s safe to say that it ended up being exactly what she would have wanted all along – wholesome, serene, and remarkably beautiful. It’s no coincidence that these are all words I would use to describe this cute lil lady. I love you, Judy! ❤️ #quarantinebirthday
<span>%d</span> bloggers like this: