If you missed the intro post to this blog series, be sure to check it out here.

After stopping by Newport, we headed to Cape Cod. We stayed in the centrally-located town of Harwich, which is sandwiched between Yarmouth and Chatham. The only other time that I visited the Cape was when I was too young to remember. As such, it felt like my first visit. Harwich is a sleepy, yet lovely town. Although we didn’t plan it that way, it was great that Harwich was the first stop of our trip considering that it forced us to unwind early on. I was so relaxed, in fact, that I took very few photos during this portion of our trip.

When I return to Cape Cod, I’ll be sure to check out Provincetown (also known as P-Town), notorious for its lively atmosphere. Our plan was to check it out during our stay, but it wasn’t doable in the short time that we were there. As it turns out, the Cape is huge! The 45 minute drive from Harwich to Provincetown was more than we anticipated. 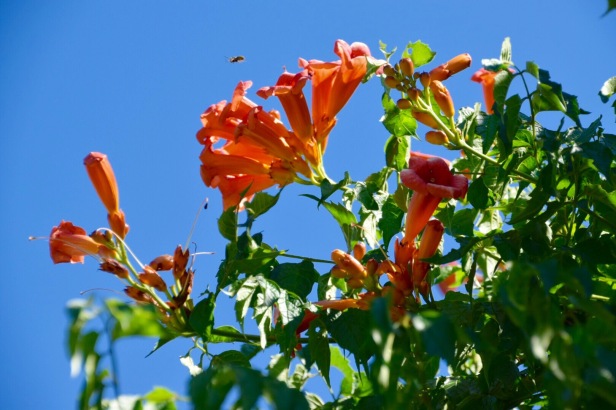 We arrived to our charming Airbnb in the late evening. Our rental was an apartment situated on a picturesque property strewn with wildflowers. Because we were pretty exhausted from the drive, we decided to stay in. We ordered delicious, thin crust pizza from a nearby restaurant called Red’s. I also made delicious gin cocktails using my Grapefruit and Lavender Lemonade. Ultimately, we called it an early night so that we would be refreshed for the next day.

After sleeping in, we spent the day at Red River Beach, which was a short drive from our Airbnb. The beach was absolutely beautiful. While I’m typically not one to collect rocks or shells, the rocks there were so beautifully colored that I couldn’t help myself. I hope to make a terrarium with them in the near future!

Anyway, after the beach, I went for a short, but hilly run. Although the steep hills and strong sun made my three mile run relatively challenging, it proved to be a great means to soak in the quaint neighborhoods of Harwich. There was no shortage Cape Cod style homes to appreciate, and the landscaping was quite beautiful.

We ended the second day of our trip by heading to Viera for dinner. The food, drinks, and service were phenomenal! It was here that my little brother finally admitted that he likes lobster better than crab. Needed to say, the lobster was delectable, as were the scallops. On the way back, we stopped at Sundae School for for a sweet treat.

Checkout was pretty early, so we enjoyed the property that we stayed on one last time and hit the road. Prior to our drive, we picked up some cold brew from Perks Coffee Shop. That gave us the fuel that we needed to get to the next leg of our trip.