Hey, y’all! Long time, no blog post. Now that life has calmed down a bit (that’s worthy of a blog series of its own), I’m making up for my lack of posts by recapping an incredible adventure that I took with some girlfriends in mid-November. Our crew was comprised of two Laurens and two Rachels, so I’ll refer to everyone by their last names to spare any confusion.

Let’s start off by getting the most common question that I’ve gotten out of the way: Why Romania? Well, it all started when Lopko asked me if I’d be interested in going. At first, I was skeptical. However, having the “I’ll go anywhere once” mentality and knowing how well-traveled she is, I did my research. I quickly discovered how breathtaking Transylvania is, as well as how affordable it is to travel there. Upon realizing that Budapest, a city that I’ve always wanted to travel to, is a half-day train ride away from Transylvania, I was sold. As such, I told Lopko to count me in as long as Budapest was our final destination, and the rest is history. Verost and Zekany were down to join us for the adventure and we ended up with an awesome crew.

Being that Romania isn’t a travel destination frequented by Americans, I created this itinerary entirely from scratch. Hours upon hours of research went into it, so if even one person uses it as a guide I will be more than ecstatic. While there are countless places to visit in Romania, Transylvania is among one of the safest regions for tourists. It didn’t hurt that it offers a relatively direct route via train, making it very attractive to backpackers.

When I say that traveling in Romania is affordable, I mean affordable. Including flights, train rides, tours, and 10 days of accommodations and incredible meals, we spend roughly $1500 per person. To put the affordability into perspective, a three-course dinner involving several bottles of wine and multiple rounds of pálinka (more on that later) ran us about $30 per person including tip.

I’ve opted to include Bucharest, Romania’s capital city, in this post for two reasons. One, we spent less than a day there so I don’t feel like I would do it justice in terms of articulating everything that it has to offer. Two, our stay in Bucharest was a means to an end. In other words, it was the only major city to fly into, therefore making it a necessary stop on our journey. I doubt that I would have included Bucharest as a stop on our itinerary otherwise. Also, because it is not within Transylvanian region of Romania, it has a much different feel than the other stops that we made within the country.

With that being said, Bucharest has many worthwhile sites to scope out. I highly recommend the Walkabout Free Tour that meets in Union Square (Piata Unirii) twice daily. Highlights of the tour include the following: Stavropoleos Monastery, Ruins of Vlad’s Citadel, Manuc’s Inn, Palace of Parliament, and Victory Boulevard. Our guide was extremely knowledgeable and gave excellent insight into Romania’s fairly recent transition from a communist country to a democratic country. As a heads up, the tour views Palace of Parliament from afar, so if seeing it up close and personal is a must for you, set aside some time to check it out on a tour of its own. Of note, it is touted as the second largest administrative building in the world, with the Pentagon in the United States being the first.

Anyway, be sure to take a leisurely walk around Old Town after your tour. It’s comprised of mostly pedestrian streets filled with charming restaurants, pubs, and shops. A stop at Cărturesti Carusel − the most magnificent bookstore that I’ve ever been to − is a must! We liked the looks of Manuc’s Inn so much that we went back for dinner. The food was excellent, and as the first dining experience on our trip, it was one to remember.

P.s. Please excuse my lack of photos on this post. Between the jet lag and the boatloads of rain, I was slacking big time. 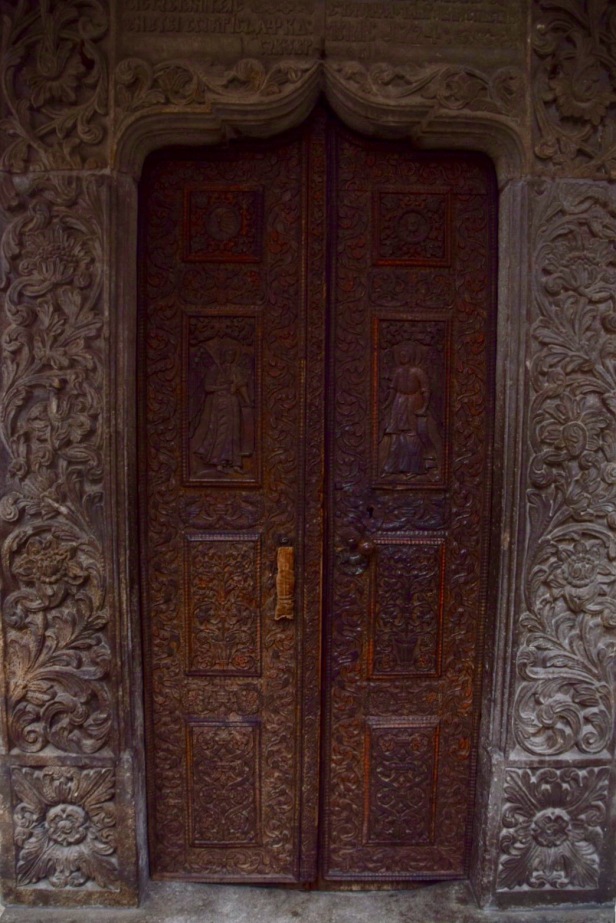 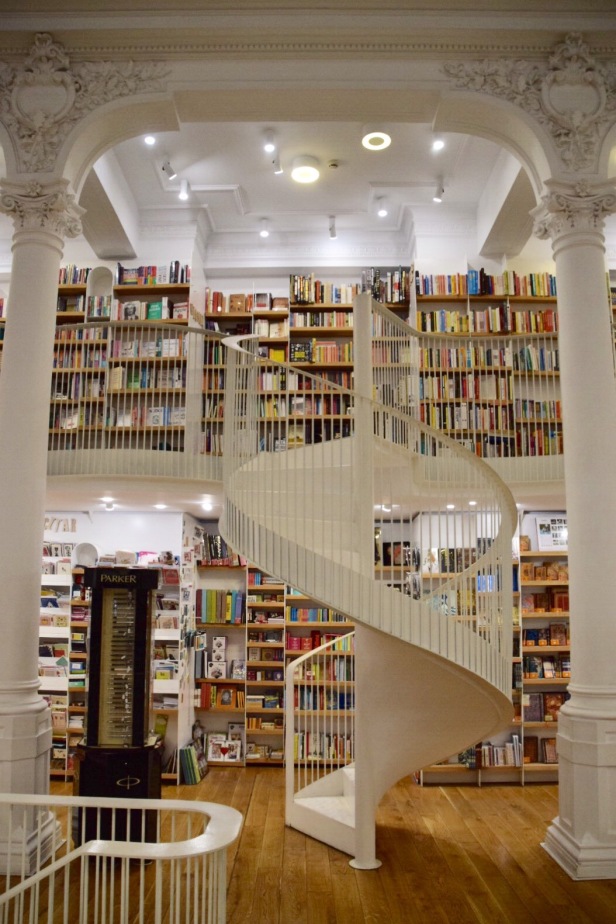 8 thoughts on “Backpacking Transylvania and Budapest: The Intro”