If you missed the intro to this blog series, be sure to check it out here!

Galway, Galway, Galway…where do I start? One thing’s for certain: I left a piece of my heart in this little city. From the moment we hopped off of our train from Dublin to Galway, I knew it was something special. The sun was beaming and the streets were lively. Further, the raw talent of its street performers blew me away. Percussive dancing is a thing in Ireland, and it’s freaking awesome. I particularly loved Bianco Sporco and regret not supporting them by purchasing some of their music. Anyway, let’s dive into the nitty gritty, shall we?

We kicked off our stay in Galway by roaming its charming, cobblestone streets. After that, a quick bite to eat and a nap were in order. We stayed at a boutique hotel called the Residence Hotel, situated on Quay Street in the heart of Galway. It was modern and amazingly located, allowing us to walk everywhere.

After refreshing ourselves, we met Brian, our guide from Galway City Walking Tours, at the Spanish Arch. He’s a local whose pride for his city is undeniable. He filled us in on Galway’s interesting history as we walked from one site to the next. We ultimately ended our tour at O’Connell’s, a fantastic pub and beer garden on Eyre Square.

Then, per the recommendation of Brian, we headed to Martine’s for dinner. This was hands down one of my favorite meals in Ireland. As Galway is a coastal city, fresh fish is the name of the game. If you’re an oyster lover such as myself, go here! They were divine. Because we couldn’t get enough of the live entertainment that Galway had to offer, we headed to Tig Coili, also recommended by Brian. It’s known for its traditional music, so we enjoyed a night cap while we listened to the sweet sounds of local musicians.

The following morning, we hopped onto a bus for a day trip to the Aran Islands and Cliffs of Moher. We booked our tour with Galway Tour Company. Quite simply, I can’t recommend this tour enough! While its winding roads and rough ferry rides are not for the faint of heart (er – stomach?), those unpleasantries are completely worth it…promise!

In order to get to our final destinations, we drove along the infamous Wild Atlantic Way in Ireland’s exquisite Burren region. Our first stop was in the quaint fishing village of Doolin. It was there that we took a ferry to Inisheer, the smallest of the three Aran Islands. When we first arrived to the island, we beelined it to Aran Café as it was quite cool and rainy at the time. We filled our bellies with delicious garden-to-table food and warmed up with some hot tea.

Before we knew it, the sun was out and we took the opportunity to explore. Between ancient churches and castles, lighthouses, beautiful beaches, and shipwrecks, this tiny island (population: 249) has so much to offer. As we only experienced a fraction of its offerings in the short two hours that we were there, we agreed that, in retrospect, we would have loved to stay there for a night. If you visit Inisheer and are lucky enough to have sunny weather from start to finish, be sure to rent a bike as you will experience so much more that way.

After our short stop on Inisheer, we took the ferry back to Doolin. Instead of staying inside the ferry like we did on the way to the island, we opted to sit outside and it was a complete game changer! The sea-sickness that we experienced on the way to the island became virtually nonexistent by simply taking in the fresh air and admiring the vast waves of the Atlantic. The icing on the cake? Our route back to Doolin allowed for incredible views of the Cliffs of Moher from the sea.

Next, we got back onto the bus and headed to the top of the Cliffs. While photos of them are absolutely stunning, no photo that I’ve seen to this day do these beauties justice. They are truly majestic. After taking them in from various vantage points, we headed back to Galway. On the way back, we made a pit stop at the “Baby Cliffs” in Ballyreen, and I jumped on the opportunity (literally) to frolic atop the Burren. 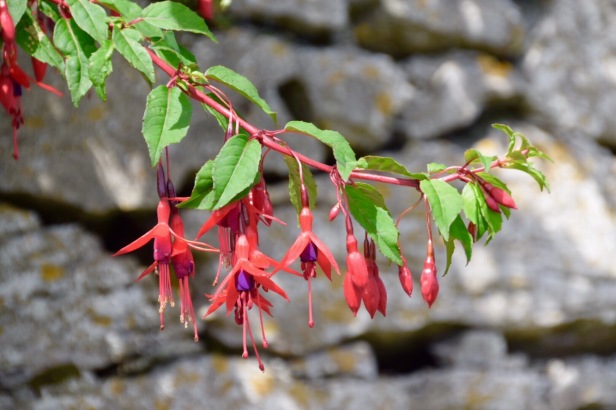 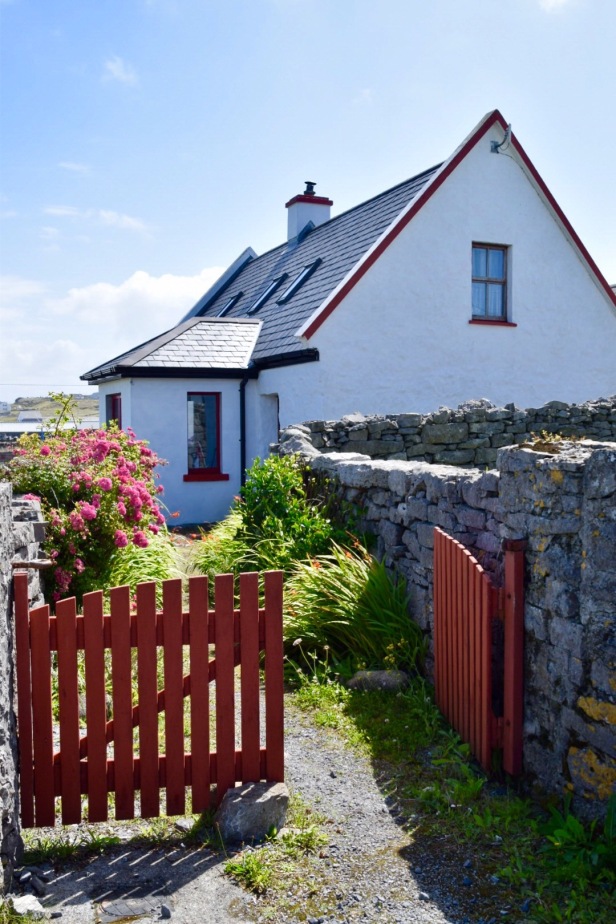 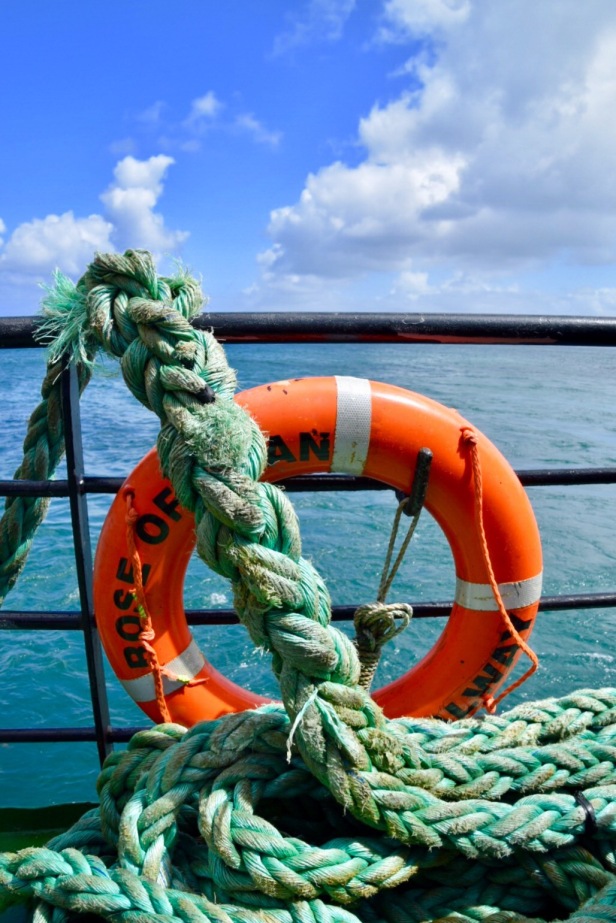 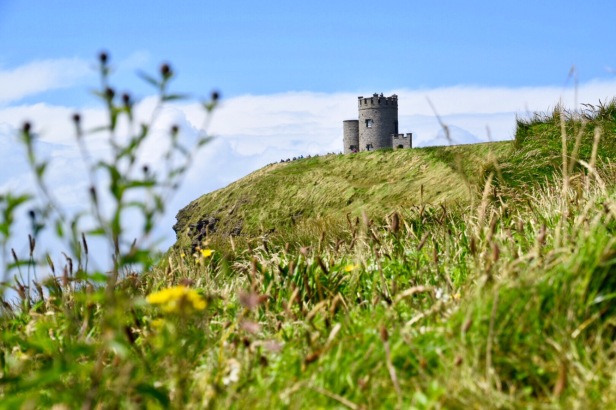 When we returned to Galway, I took a solo walk along Galway Bay, also known as “The Long Walk.” Between countless swans, fishing boats, and colorful rowhomes, it couldn’t be more picturesque. After the introvert in me got the alone time that she needed, I met back up with the fam for dinner. We decided to eat Indian at Kumar’s Taste of Asia. Never did I ever think that I would eat Indian food in Ireland, but let me tell ya: it was some of the best Indian food that I’ve ever had. Soon after, we dozed off in anticipation of an early train ride the next morning. 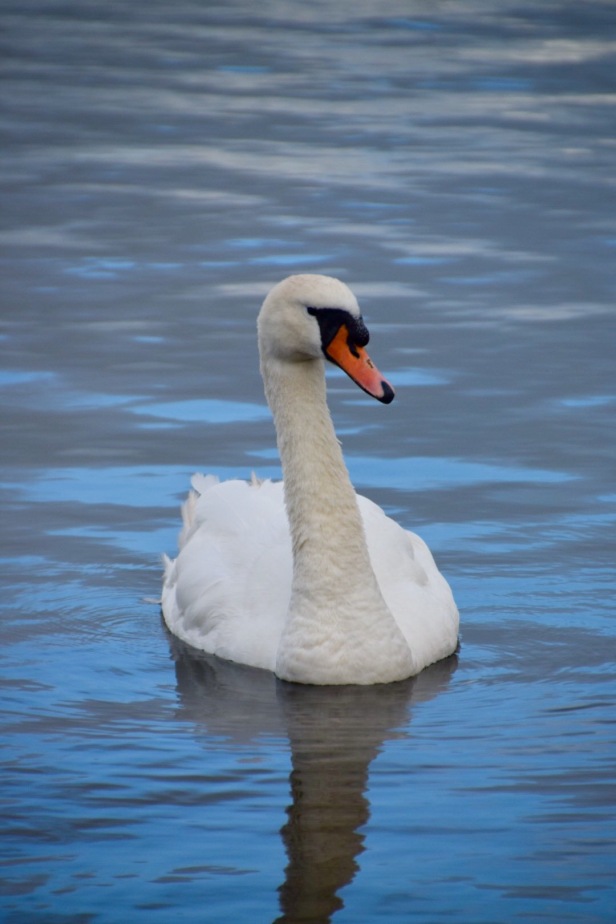