If you missed the intro to this blog series, be sure to check it out here.

Our trip began with a flight into Tucson, which, unfortunately, got delayed. We quickly went from having a full day in Saguaro to half a day in Saguaro. Luckily, Saguaro National Park is situated around the city of Tucson – to its west and to its east, to be exact. This allows for an easy, 30-minute drive to either side of the park.

If you have limited time in Tucson, it’s important have a game plan regarding which side you’d like to explore. The western Tucson Mountain District is known for its denser saguaro population and more approachable trails. Meanwhile, the eastern Rincon Mountain District is larger and more mountainous. Because of this, this is where backpackers tend to go. Even prior to our travel mishap, we decided that the western of portion of Saguaro was the more logical choice given our short stay.

Before heading to Saguaro, we checked into our hotel to change and freshen up. I must say, I cannot recommend Hotel McCoy enough. Its lobby bar offers an excellent selection of local wine, beer, and coffee. Its walls – whether inside or outside – feature beautiful and thoughtful art by nearby artists. Its rooms are cozy with a midcentury modern vibe. And, for an added touch of nostalgia, they offer rooms with double bunkbeds. Last, but not least, its complimentary breakfast hit the spot. All in all, if you want a cool, yet affordable option in Tucson, Hotel McCoy is a solid choice.

Initially, we had planned on hiking the highly recommended, 7-mile King Canyon Trail to Wasson Peak. Well, ya know the saying, “everything happens for a reason?” Our delayed flight was a blessing in disguise because, even in early May, that desert sun was something fierce. Instead, we opted to drive the 6-mile Scenic Bajada Loop. Along the drive are several short hikes that allow you to get up-close-and-personal with saguaros and other varieties of cacti, which happened to be in bloom. Yup, that’s right! If you visit Saguaro sometime between March and May, you are likely to see some cacti blossoms. And, let me tell ya, they are absolutely lovely!

First, we popped into the Red Hills Visitor Center. Visitor centers usually aren’t a must for me, but I highly recommend this one as it allows you to gain an enormous appreciation for saguaros prior to seeing them IRL. In my humble opinion, this variety of cactus is as impressive as they come. They can grow as high as 60 feet tall and can have as many as 25 arms. To put into perspective how long they take to reach that point, a 1.5 inch saguaro is 10 years old! So…those monsters you’re lucky enough to see in the park? They’re a whopping 150-200 years old! How. Freaking. Awesome.

After stopping by the visitor center, we hiked the 0.8-mile Valley View Overlook Trail, which offers incredible views of Avra Valley and Pichacho Peak. Next, we walked the short and sweet Signal Hill Trail. Only 0.5 miles long, this trail leads to petroglyphs believed to be created by the indigenous Hohokam people hundreds to thousands of years ago. Lastly, we saved the 0.5-mile Desert Discovery Nature Trail for sunset. Seeing the silhouettes of the saguaros against the setting, desert sun was the absolute coolest. They almost appeared to be dancing. ;) 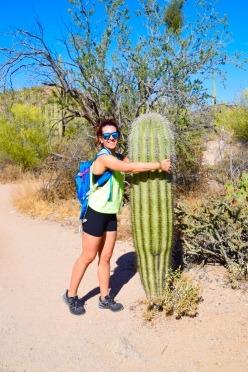 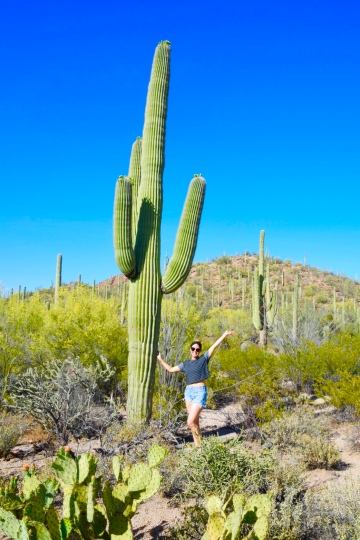 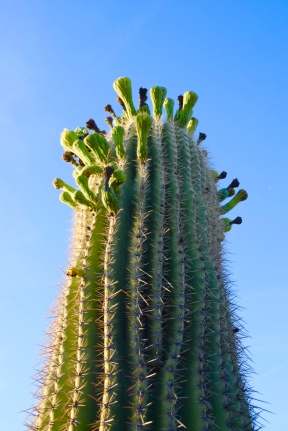 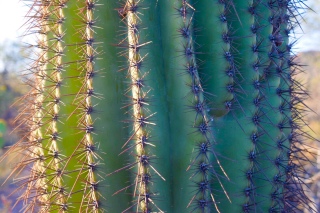 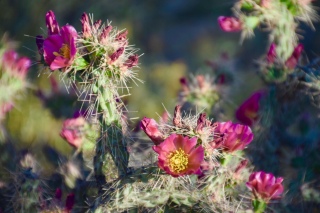 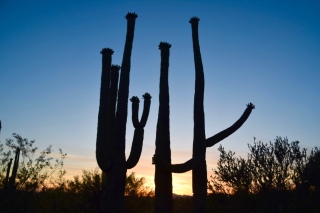